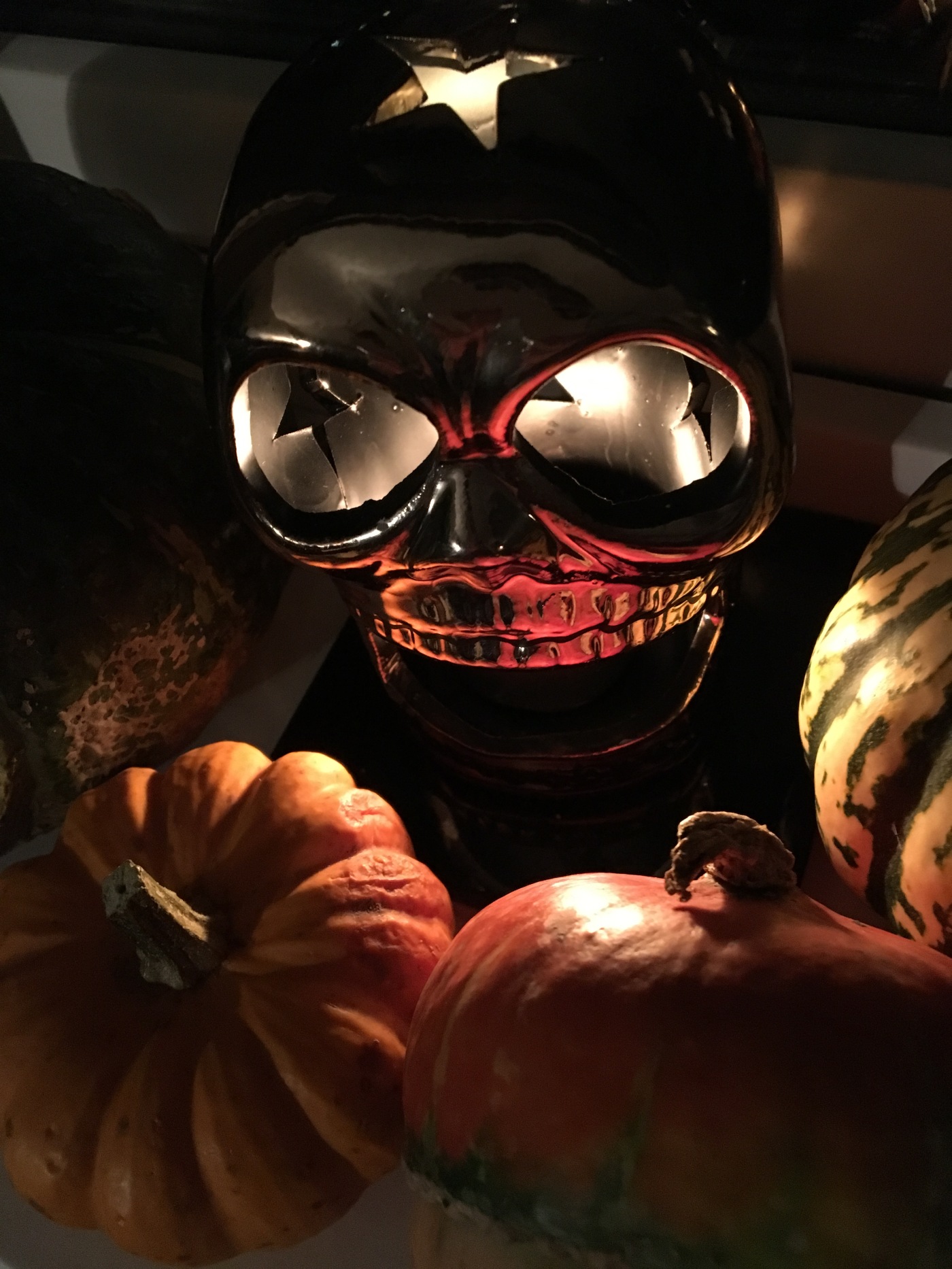 Halloween is one of my favourite times of the year.  I wouldn’t call it a holiday, but it is a celebration of Samhain, of the harvest, of lost souls and of all the things that could be!  I love the pagan idea of Halloween and the Mexican Dia de los Muertos, the blurring of the lines between life and death, of what’s real and what isn’t, of what’s logical and fantastical; how our imaginations can run wild for a day and scare the bejesus out of ourselves.

Writing the book, the Celtic folklore behind it meant that I definitely wanted Halloween to play a part and it does in a subtle way in Chapter 34 with the Bonfire at Cushendall.  Sometimes the fear inside us is worse than the actual danger that faces us, but when you combine the two and come face to face with your fear the result can be terrifying.

Just a little snippet of that chapter below.

She pushed the main door and went out into the cool night air. It was busy, much busier than she had expected. People were moving past her quickly towards the end of the street. She couldn’t see any faces, the crowd were dressed in black and many wore masks or had ghoulish faces. She felt like she had stepped into another world, a horror movie. The crowd was pulsating and chanting, all moving in the one direction and she was swept along with them. Bodies swarmed around her and she felt uncomfortable, but she feared if she stopped she’d be knocked over and trampled. Ahead of her she could see a bonfire blazing and the crowd gathering around it. As she was carried towards it she could feel the heat and the atmosphere intensify, images of one of her nightmares flashed in her head. The heat was something she knew and it turned her stomach. All around her she saw strange faces, images of death. She felt boxed in and suffocated, her head began to spin.

She turned to leave but was pushed even closer to the fire by the boisterous movements of a group of young skeletons behind her. She lost her footing and felt herself falling until she caught the back of the person in front of her. They turned angrily and Saoirse was greeted by a grotesque half- eaten face, who swiped at her hand, glared and walked on. Saoirse’s breath caught. She needed to get back to the hotel. Looking anxiously around her, she tried to get her bearings. Her gaze fell on a face she recognized and she froze. He was here. At the other side of the bonfire.

He stared back intently, the flames distorting his dark face. Her heartbeat quickened, fear grew inside her, but she was stuck, and couldn’t seem to break His stare. He smirked back, knowingly. His glare grew more intense and Saoirse began to panic. Over the roar of the flames and the shouting of the crowd Saoirse heard His deep voice shout at her: ‘You! You don’t belong here!’

She felt His words inside her head. They bounced around inside her skull and made her feel dizzy. His stare penetrated her and made her skin crawl. He stood holding her in his gaze and she felt herself moving closer to the flames.

Suddenly she was falling towards the bonfire, rushing towards the unbearable heat. She heard Him laugh and then just as quickly she felt a hand on her, tugging her back away from the flames and she was standing on her feet again. Margaret was standing next to her, still clutching the back of her jacket firmly in her hand.